The hype around Artificial Intelligence technologies is at its peak. According to the 2017 Gartner Hype Cycle, emerging technologies such as deep learning, machine learning and virtual assistants are at the “peak of inflated expectation”. Cognitive expert advisors have passed this peak and are now descending towards the “trough of disillusionment”. This occurs when interest wanes as experiments and implementations fail to deliver. 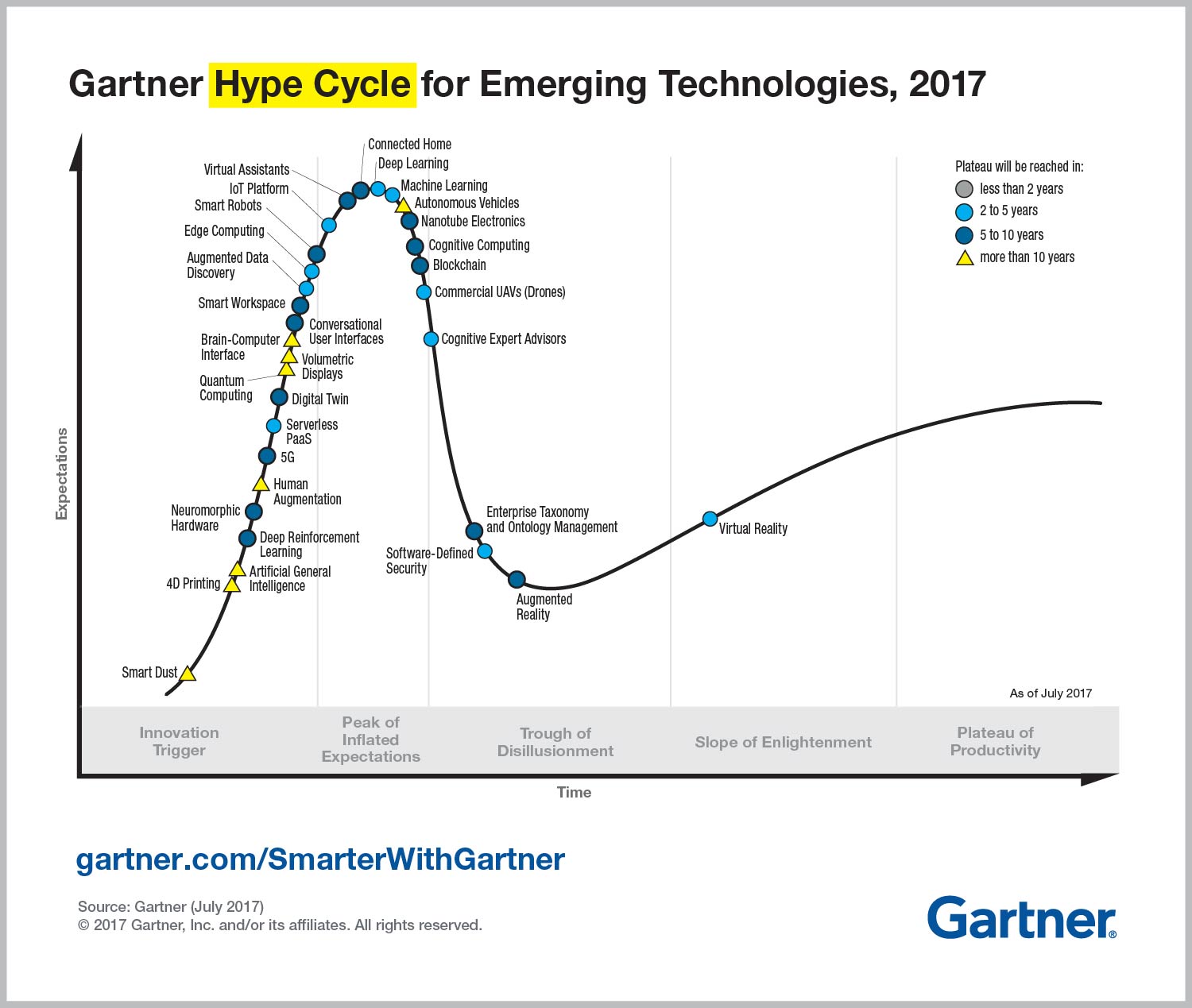 The benefits of AI for customer experience management are potentially game changing. AI has the capability to analyse vast amounts of data in real time from various sources, including human behaviours and emotions. Expectations are high because this capability can then be used to create seamless and personalised customer experiences that are optimised to the device and channel of choice.

Pragmatists and battle hardened cynics will recall that when automation was first introduced into customer service channels, the results were often spectacularly underwhelming. So, is the application of AI to customer experiences destined to fall into the trough of disillusionment before climbing the slope of enlightenment? Or is there a path to follow to avoid the pitfalls of unmet expectations?

In order to find out whether the application of AI to your business’ customer experience will take a downturn, it is necessary to first ask yourself: What is driving your organisation’s AI strategy? Is it because:

If the answer to any of the above is Yes, then the trough of disillusionment beckons.

Alternatively, if you are deploying or considering AI because…

AI can enable your people and optimise your processes to operate more intelligently and efficiently, in order to provide individualised and predictive experiences for your customers at scale

…..then a brighter future awaits.

For these technologies to have any chance of success you should have a clear sense of purpose of how to you intend to deploy AI to drive CX in your business. Here are three ways you can use AI in a purposeful way to create meaningful customer experiences.

1. Use AI to Enhance your Knowledge of the Customer 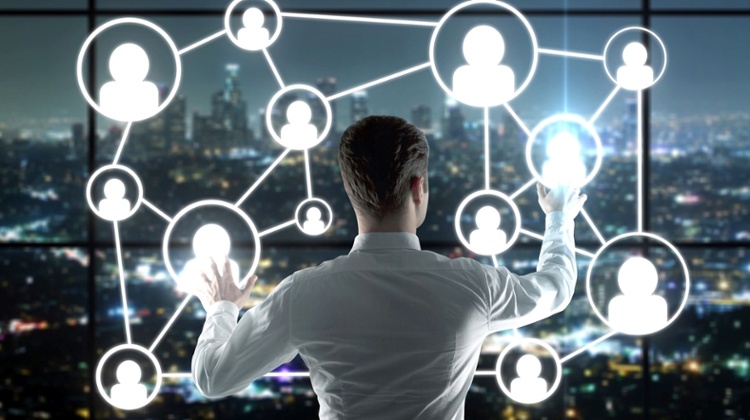 An example would be using data analytics to anticipate the needs of individual customers at each moment of truth and key stage of their journey. Some specific examples oh how businesses are using AI to enhance customer knowledge:

2. Use AI to create stronger emotional connections with your customers

3. Use AI to empower your service agents 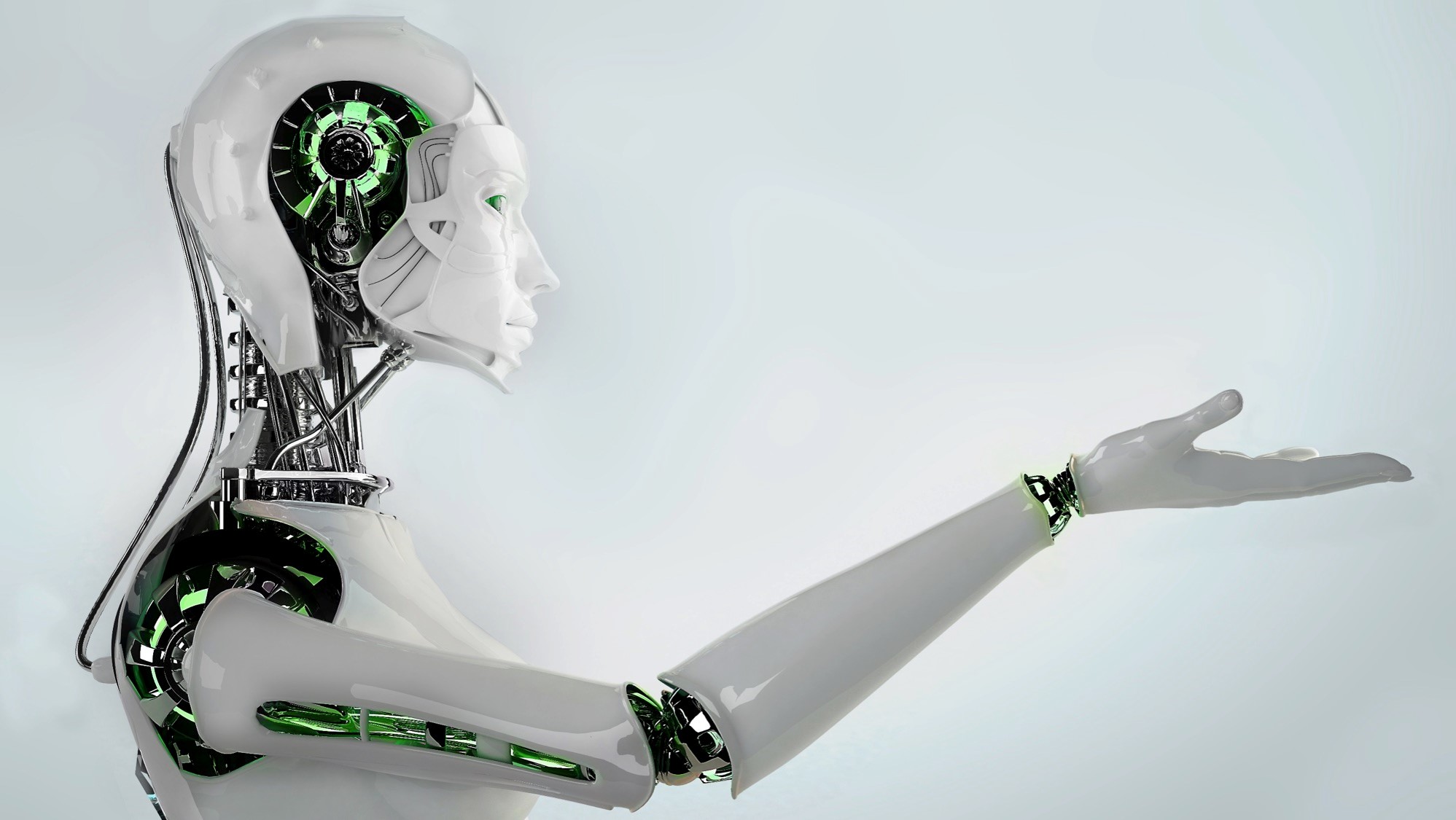 Not only can AI empower agents with emotional intelligence to reply appropriately to customers, it can be used as a tool to connect service agents with the right information in the organisation’s knowledge base in real time. Examples of why this can be powerful to a business:

A recent study Fifth Quadrant CX undertook for Oracle showed that CX leaders acknowledge the potential of AI and are more advanced in trialling and implementing these emerging technologies to enable better customer experiences. AI is being used to combine data from multiple sources to create individual profiles for each customer, enabling agents to take immediate action on what customers want. Consequently, CX Leaders are outperforming their counterparts by creating emotional connections with their customers through more predictive and personalised customer experiences.

As a result, nearly two thirds of CX leaders say their organisation’s revenue growth outperforms their industry counterparts, compared with only a quarter of CX laggards. The proof is therefore clearly in the pudding: when applied in a purposeful and meaningful way, AI technology can enable organisations to increase agility and overcome competitive threats and leverage this advantage to drive acquisition.

Written by Dr Steve Nuttall – Head Of CX Research, Fifth Quadrant. Steve has worked in various leadership roles as a market research insights professional for over twenty years in Europe, Asia and Australia. He leads Fifth Quadrant’s program of CX strategy research and is an international speaker and presenter on best practice customer experience. Steve assists organisations to deliver their customer-centric strategies and business performance goals including designing and implementing programs to help optimise the customer experience.

When someone mentions a retail store, you’ll most probably imagine a building, amidst a crowd of parked cars. A clear picture of aisles and aisles of different products will cross your mind. And then you would also imagine some of the other shoppers you’re likely to meet there. This might ring true for many people but even if you enjoy experiencing the oddity of everyday life, who has the time for such nonsense? After a busy day at work, the last thing you’d want to do is stand in a queue at the retail store, just to buy a 1L of milk. Retail stores identified the ‘need for speed’ and thus, the multi-channel strategies were formed.

Related: How to Turn Your Company into a Multi-Channel Success

Woolworths is one such retail store in Australia, who has adopted multi-channel strategies to serve their customers better. They opened their first store in Sydney, in 1924 and soon afterwards, gained the popularity that have made them one of the leading retail stores in Australia. By revenue, they come on the 2nd place, after Wesfarmers.With over 3000 stores across Australia and New Zealand, the team at Woolworths soon realised that the traditional brick-and-mortar store strategy wouldn’t be able to satisfy their customer needs and so in 2011, they took the initiative to become the country’s leading multi-channel retailer. They decided to achieve their goal through a holistic and integrated strategy so as to capitalise on the country’s growing demand for online shopping. Fast forward to 2017 and the business is blooming for the retailer. For their third quarter in 2017, Woolworths revealed that their online sales have increased by 20%. According to a study analysed by Australian Consumer, Retail, and Services (ACRS) Research Unit, just four advertising channels (websites, personalised direct mail, TV ads and catalogues and flyers) are responsible for influencing 92% of a consumer’s purchase decision. 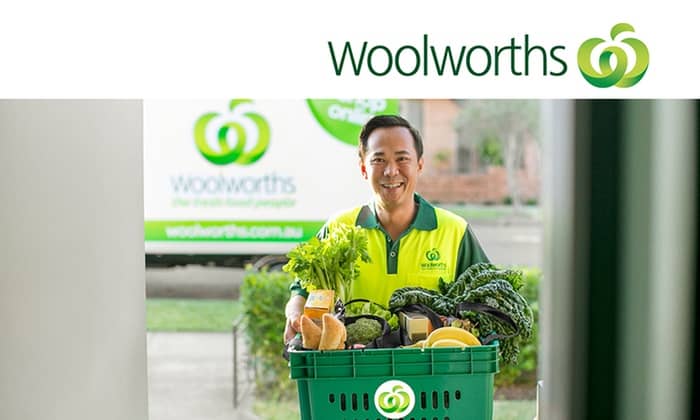 The ease of online shopping at Woolworths is certainly unmatched by many other retailers operating in the same industry. With reward offers and personalized shopping experience, customers can easily get their shopping delivered to their home or pick it up from the store, all ready for them.
The ‘Track My Order’ option helps customers know when to expect the delivery and even schedule the time of their delivery.

Want to save even more time? The Woolworths app is available on both Google Play Store and Apple App Store. From personalised shopping lists to a store locator, the app offers the ultimate ease for its customers.

When Woolworths opened its first ‘dark store’ in 2014, it was to reduce the time it took to fulfill online orders faster. The ‘dark store’ looked exactly like the other Woolworths stores, except that it was bigger in size. The aisles were maintained, the products were stocked neatly but it was closed to the general public.
You might wonder why a store wouldn’t allow customers in. That’s because the store isn’t for customers!

In this fast paced world, not many people have the time to waste on grocery shopping. A better alternative is online shopping but there were some issues to ordering online too. Most of the times, deliveries would take too long and Woolworths realised the need for faster deliveries. Hence, the ‘dark store’ was set up. It was Woolworths first dedicated online store and personal shoppers were amazed with the results.

With conventional stores, an ever present flow of customers makes it difficult for the staff to pick up online orders. The only time online orders can be picked is either early morning or at night, when the customer flow is at its lowest. Now, the dark store has solved this problem.

With no slow-moving customers blocking the aisles, the team at Woolworths dark store was able to fulfill orders quickly and at any time of the day. At peak hours, there can be as many as 80 pickers on the floor, at the same time.

Supermarkets are just one niche that Woolworths deal in. With a number of liquor stores, liquor supermarkets, petrol stations and discount department store chains, Woolworths Limited deals in numerous channels.

In order to enhance their digital business capabilities, Woolworths invested in contact center technology-as-a-service and in doing so, experienced a 40% reduction in touch points for email. Woolworths have expanded due to their award winning multi-channel initiatives and with their attention on innovation for increased customer experience, they are changing the face of Australian retail.